The Alumni Association presents three Alumni Awards every fall at Reunion: the Distinguished Alumni Award, the Thomas Shaw Award, and the Lion's Pride Award. The purpose of these awards is to recognize individuals and classes for their dedication and service to St. Andrew's and beyond. 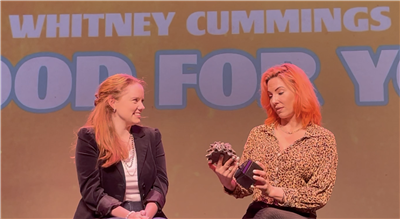 Whitney Cummings is a stand-up comedian, writer, producer, and director, whose credits include four television comedy specials for Netflix, HBO, and Comedy Central. She is the executive producer for three TV sitcoms including “2 Broke Girls” and “Roseanne.” She has a memoir entitled “I'm Fine...And Other Lies,” and her original podcast “Good For You.” Whitney is currently performing stand-up as part of her nationwide tour.

The Thomas Shaw Award recognizes someone whose deeds and actions reflect his or her pride in their alma mater and loyalty to the school, as demonstrated through their support of the school, the Alumni Association and its programs. 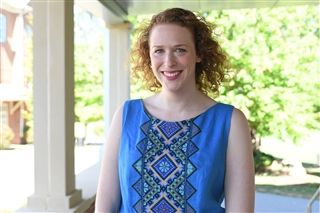 Larissa Levine has given back to St. Andrew's by working in every volunteer role in the 15 years since her graduation. For six years she has served on the Alumni Council, leading it for two years as president. She was instrumental in organizing the largest alumni reunion in school history during St. Andrew's 40th anniversary celebration. Now in her fifth year on St. Andrew's Board of Trustees, she has provided strategic advice and sound governance during a period of great challenge and transformative growth.

The Lion's Pride Award recognizes the class with the highest percentage of participation in the Lion's Fund.